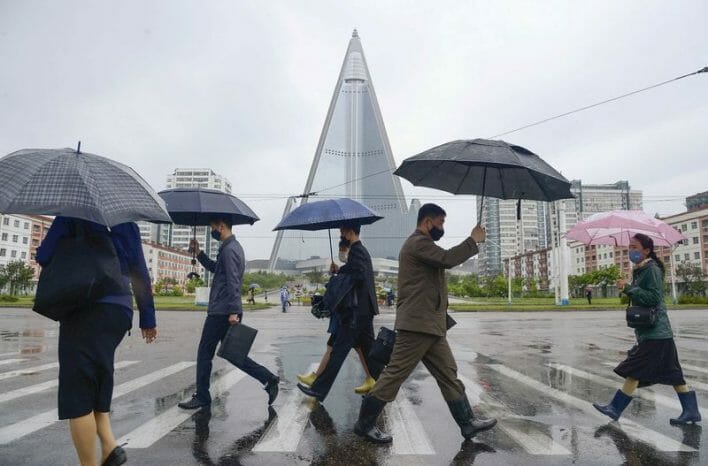 By SungHyuk An and Heejung Jung

SEOUL (Reuters) – Standing tall in bright red hazmat suits, five North Korean health workers stride towards an ambulance to do battle with a COVID-19 outbreak that – in the presumed absence of vaccines – the country is using antibiotics and home remedies to treat.

The isolated state is one of only two countries yet to begin a vaccination campaign and, until last week, had insisted it was COVID-free.

Now it is mobilizing forces including the army and a public information campaign to combat what authorities have acknowledged is an “explosive” outbreak.

In an interview on state television on Monday, Vice Minister of Public Health Kim Hyong Hun said the country had switched from a quarantine to a treatment system to handle the hundreds of thousands of suspected “fever” cases reported each day.

The broadcaster showed footage of the hazmat team, and masked workers opening windows, cleaning desks and machines and spraying disinfectant.

To treat COVID and its symptoms, state media have encouraged patients to use painkillers and fever reducers such as ibuprofen, and amoxicillin and other antibiotics – which do not fight viruses but are sometimes prescribed for secondary bacterial infections.

“Traditional treatments are the best!” one woman told state broadcasters as her husband described having their children gargle with salted water every morning and night.

An elderly Pyongyang resident said she had been helped by ginger tea and ventilating her room.

“I was first scared by COVID, but after following the doctors’ advice and getting the proper treatments, it turned out not a big deal,” she said in a televised interview.

The country’s leader, Kim Jong Un, said on Sunday – when state news agency KCNA reported 392,920 more cases of fever and eight more deaths – that drugs reserves were not reaching people, and ordered the army medical corps to help stabilize supplies in Pyongyang, where the outbreak appears to be centred.

KCNA said the cumulative tally of the fever-stricken stood at 1,213,550, with 50 deaths. It did not say how many suspected infections had tested positive for COVID.

Authorities say a large proportion of the deaths have been due to people “careless in taking drugs due to the lack of knowledge and understanding” of the Omicron variant and the correct method for treating it.

The World Health Organization has shipped some health kits and other supplies to North Korea, but has not said what drugs they contain. Neighbours China and South Korea have offered to send aid if Pyongyang requests it.

While not claiming that antibiotics and home remedies will eliminate COVID, North Korea has a long history of developing scientifically unproven treatments, including an injection made from ginseng grown in rare earth elements it claimed could cure everything from AIDS to impotence.

Some have roots in traditional medicines, while others have been developed to offset a lack of modern drugs or as “made in North Korea” exports.

In a March report, an independent U.N. human rights investigator said it was plagued by “under-investment in infrastructure, medical personnel, equipment and medicine, irregular power supplies and inadequate water and sanitation facilities”.

Kim Myeong-Hee, 40, who left the North for South Korea in 2003, said such shortcomings led many North Koreans to rely on home remedies.

“Even if we go to the hospital, there are actually no medicines. There was also no electricity so medical equipment could not be used,” she said.

When she contracted acute hepatitis, she said she was told to take minari – a water parsley made famous by the 2020 film of the same name – every day, and to eat earthworms when afflicted by another, unknown illness.

Home remedies had sometimes failed to prevent loss of life during epidemics in the 1990s, Kim added. 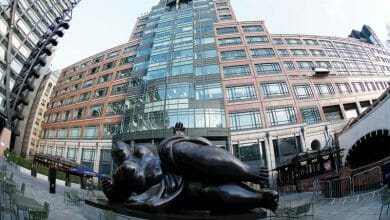 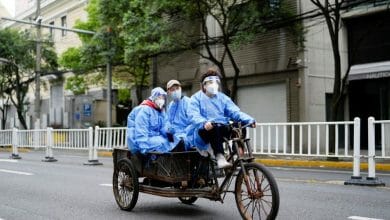 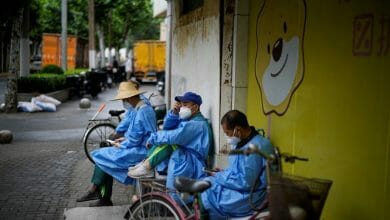 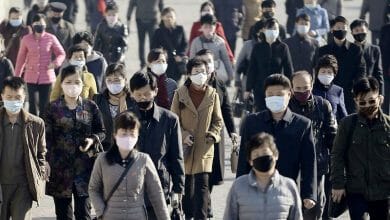